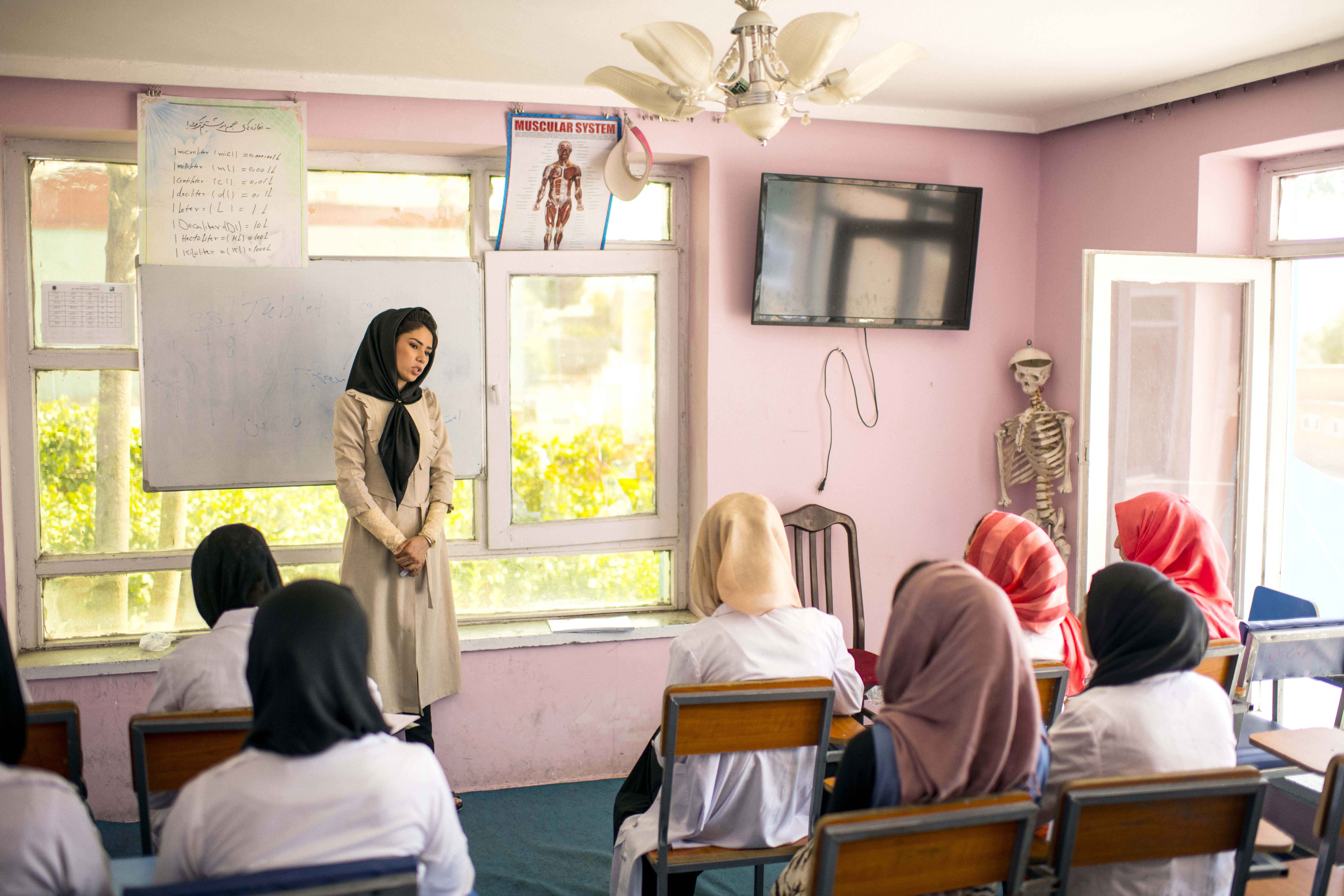 Zahra’s father died when she was young girl. Subsequently, she, her mother, and her two sisters moved in with one of her brothers and his wife. Her brother and his wife regularly beat Zahra and her sisters, and treated them like slaves. On several occasions, her brother threw them out of the house. They had nowhere to go, and Zahra was eventually referred to Hagar Afghanistan.

When she initially came to Hagar, she felt hopeless and isolated with very low self-confidence. At Hagar was the first time that Zahra had an opportunity to leave her home regularly and socialise with women outside her family. She said that when she was stuck at home, she felt that there was no one who could help her and that she couldn’t do anything as a woman. She was resigned to believing that only men can change their fate and take responsibility for a family.

Zahra, along with her mother and sisters, decided to join Hagar’s career counselling and training sessions. Hagar’s career counselling helped Zahra think more widely about her options. She also learned a lot while participating in Hagar’s cohort groups. There she was inspired by other women and girls who also faced difficult circumstances but were able to heal. She said, “I learnt from other women in the cohort group how to deal with hard situations, and because of that, I got the courage to go out and do something for myself.”

Hagar’s staff noticed that Zahra was interested in becoming a beautician so they enrolled her in a four-month hair dressing course. When she finished the course, Hagar introduced her to a salon where she could acquire practical experience and earn an income. She was very hard working, and in a short time, gained the owner’s trust. As a result, Zahra was given responsibility for managing some aspects of the salon’s operations.

Now 21 years old, Zahra’s life has completely changed. She gained the confidence to become the leader of her family, and is now living independently with her mother and sisters.

She concluded, “Here in Afghanistan we have many people suffering from different obstacles and tragedies where no one cares about them, but I was so lucky to be part of Hagar’s programs. It was a hand which took me from a dark and hopeless situation to a path where I can now see the hope of having a good future.”