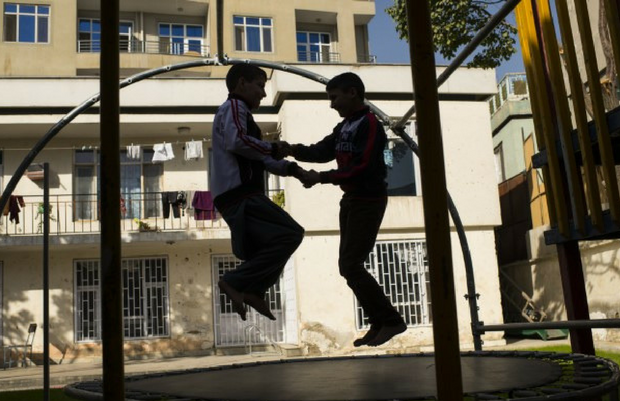 Bahawuddin was born into a big family. He has seven brothers and sisters, his father, his mother, and his father’s second wife. When Bahawuddin was very young, his mother ran away, and took his oldest sister and 11 year-old brother with her. He was left with his father, an angry man who would often get into fights with neighbours. One day, Bahawuddin and his siblings experienced severe trauma when they witnessed the fatal shooting of their father’s second wife by a neighbour, who then turned and shot Bahawuddin’s brother. They watched as their father retaliated, using an axe to brutally kill the man. It didn’t take long for the police to arrive and arrest their father, and their family splintered for the second time, leaving the six young brothers and sisters to fend for themselves. That’s when they were referred to Hagar.

Bahawuddin was only six. He wouldn’t talk to anyone and showed signs of severe trauma, but we persisted with counselling and support for him. Bahawuddin began to heal. After two years, Bahawuddin was at the top of his class, and his brothers and sisters were all receiving an education. They had made extraordinary progress, but their father was still in jail, and their mother was missing. There was no clear path to reintegration.

One day, Bahawuddin’s brother was walking home, and he recognised his brother and sister who had disappeared years before with their mother. They were living close by. Our team worked hard to reunite all eight siblings and find a reintegration solution for them.

We identified a community where the siblings could live and opened up dialogue with community leaders there. We provided vocational training in tailoring skills to the oldest sister in the family, who is now 21 years old. The oldest son in the family, now 15, was trained in mobile phone repair. We provided him with materials to help him start a small business with this skill. Because of this, the siblings will be able to provide an income for themselves and continue their education.

We identified a home for the family, and made sure everything was ready in the house, providing furniture, kitchen supplies, food, and six months’ rent in advance. A school transfer was successfully arranged for all the children, and they are now able to attend school near to their home.

We will keep following up with Bahawuddin and his family, to ensure they are safe and thriving in the community.