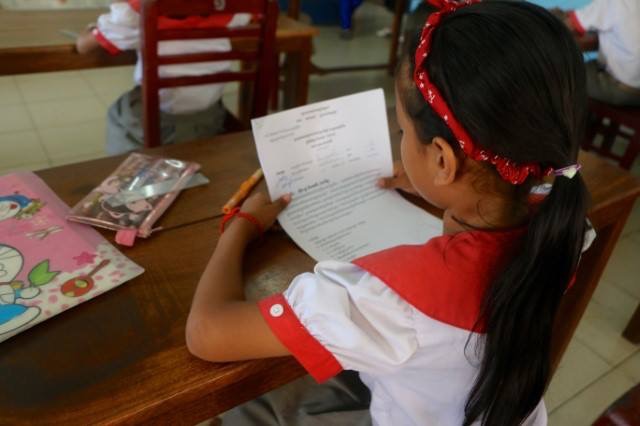 Chanthavy doesn’t remember very much about her parents. When she was very young, her mother died, and not long after, her father died in a construction accident in his hometown. Chanthavy and her two siblings were orphans, but her brother and sister were old enough to go and find work, so they left her and moved to Phnom Penh. She moved in with her grandfather.

Chanthavy loved pretending to cook as a child. She would make pretend ovens and stoves out of things she could find around their house, and would play with them for hours when she had time. When she couldn’t, Chanthavy could be found helping her Grandfather in the rice fields. They were under financial pressure and he needed all the help he could get to make ends meet.

When Chanthavy was 11, a neighbor convinced her grandfather that it was a good idea to send her and one of his daughters to Phnom Penh to make some money. They were desperate for income, and so Chanthavy and one of her auntie’s set off to Phnom Penh with their neighbour. Chanthavy worked for three days, selling sugar and eggs on the side of the road. She was only seven years old.

The police found Chanthavy after three days and recognised that she was much too young to be doing the work she was doing. Chanthavy was referred to Hagar, and Hagar helped her to find safe accommodation, as well as providing case management and counselling. After one year, Hagar had found a way to reintegrate Chanthavy into her own community again that wouldn’t put her at risk. Chanthavy moved in with her Auntie.

At first, Chanthavy didn’t want to trust Hagar. She didn’t want to trust anyone. She shares that at first it was frightening, but with time, she felt safe with Hagar’s staff, “The first time I met my case manager, I didn’t want to trust, I felt afraid. When we spent time together and she built a relationship with me over meeting me many times, I wanted to trust her more. I started to talk with her, and I felt happy that I could share my feelings.”

Now, Chanthavy feels safe and known by those around her. She knows her auntie is always there for her because she cares for her consistently. Chanthavy knows that if she’s sick, she’ll get her medicine, that if she needs advice, her auntie will give it to her. She gets a small amount of pocket money each week from her auntie. She shares, “I feel loved here.”

Chanthavy is excelling at school. Her dream is to become a doctor one day, so she can help people. Chanthavy’s favourite subject is mathematics and she’s very conscientious, she helps the teacher to tidy up the classroom at the end of every day. She even enjoys studying, and says that one of her favourite things is simply listening to her teacher talk. Chanthavy has made friends and settled in well socially, she likes to play jump rope in her lunch break. She thinks the reason she’s finding it easier to make friends is because of the help that Hagar offered her, “when Hagar helped me, I became happy. I was learning, and I became better at making friends.”

Hagar will continue to journey with Chanthavy as she grows up, walking each step of the way alongside her.