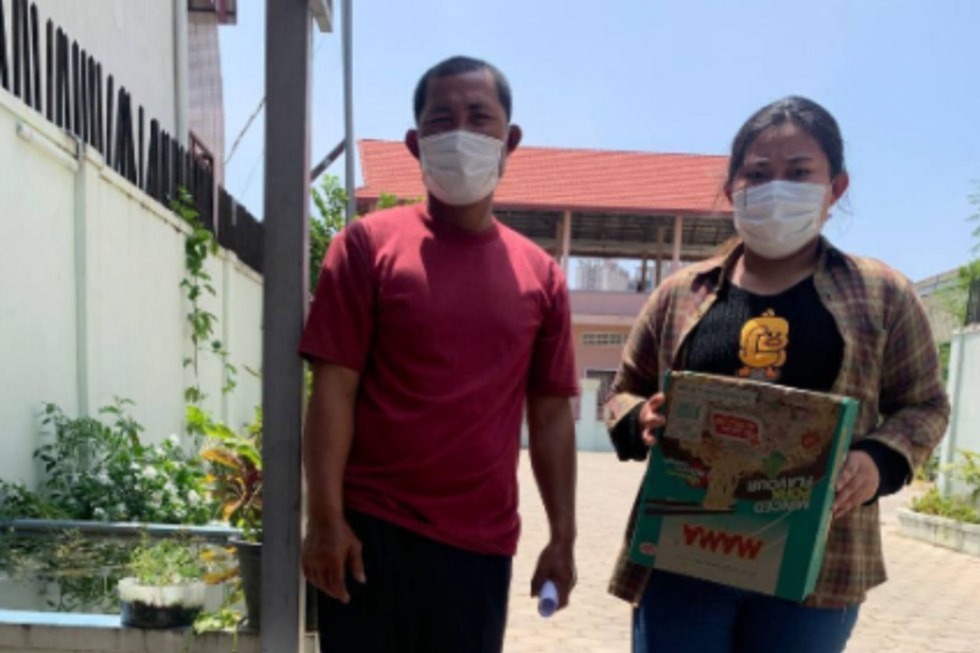 Lina is a 19-year old woman, born into a poor family that live in a house near the river in Phnom Penh. Her father is a fisherman and her mother is a housewife looking after her and her four siblings. With just one income, the family struggled to survive so when Lina turned 16 she began working at a garment factory to help support her family.

A lady from the village named ‘Vy’ visited Lina and convinced her, and her parents, to go to China to live with a rich man who could send the family a lot of money if she agrees. A broker promised to pay Lina’s family when she arrived in China. Since money was tight, and they’d borrowed $1000 from a neighbor to make repairs to their old home, they agreed.

The broker quickly arranged Lina’s trip to China via Vietnam and it took about 7 days for her to get there by motorbike, bus, boat and foot. However, once she arrived the broker did not fulfil the promise and sold her to a Chinese man for 130,000 yuan.

Lina spent around 2 years imprisoned with the man as she was locked inside and not allowed out. However, with the help of a Cambodian woman named Ya she was able to escape. Unfortunately Ya persuaded her to live with another Chinese man and though she refused she ended up in a similar predicament. She spent another year in sex slavery with this man before he sold her to another man. Finally, after meeting a Cambodian woman named ‘Theavy’ who let her stay with her, Lina had a chance to escape from the third man.

Two weeks later, she was arrested by local police and taken to an illegal immigration detention center. Finally, in May last year Lina was sent back to Cambodia by the Cambodian Embassy. After two weeks in a quarantine hotel, Lina was referred to Hagar by the Ministry of Social Affair, Veterans and Youth (MoSVY).

Hagar brought Lina to the “House of Love” with other survivors and a generous, professional and warmly welcoming foster mother trained by Hagar. The Hagar team also helped her find her family and reconnect with them two weeks after she arrived back in the country. Hagar worked closely with MoSVY and local authorities for family assessments to ensure safe reintegration. Her family was overjoyed to learn she had returned to the country and could not wait to welcome her home.

Based on assessments Hagar provided emergency food support, health care, counseling and career counseling for Lina and her family. Hagar also supported Lina’s family to buy a new boat with a small engine to earn extra income. Lina’s father can catch 4 to 6 kg of fish a day and can earn around 60,000 riel to 100,000 riel per day. With this income, they have been able to pay off $ 1,000 in regular debt since she returned from China. Lina expressed her gratitude for Hagar’s provision.

“With the help of Hagar, I am happy to see that my family has a good income, my brother and sister have enough to eat, and most importantly, we can pay off our debts, and get health care. I would like to thank you Hagar for helping my family and me.”

Her father also shared his thanks as he had previously borrowed an old boat from a relative and was only able to catch 1-3 kilograms of fish to sell and earn between 15,000 and 40,000 riel a day.

“I am very happy to have a boat and an engine from Hagar. Now I can catch more fish and earn more. We now have the money to buy food and other necessities and can pay off our debts. I want to thanks Hagar for helping my daughter and our family”

Lina wishes to be a Chinese translator so she can get a decent salary. We look forward to seeing her achieve her goals.