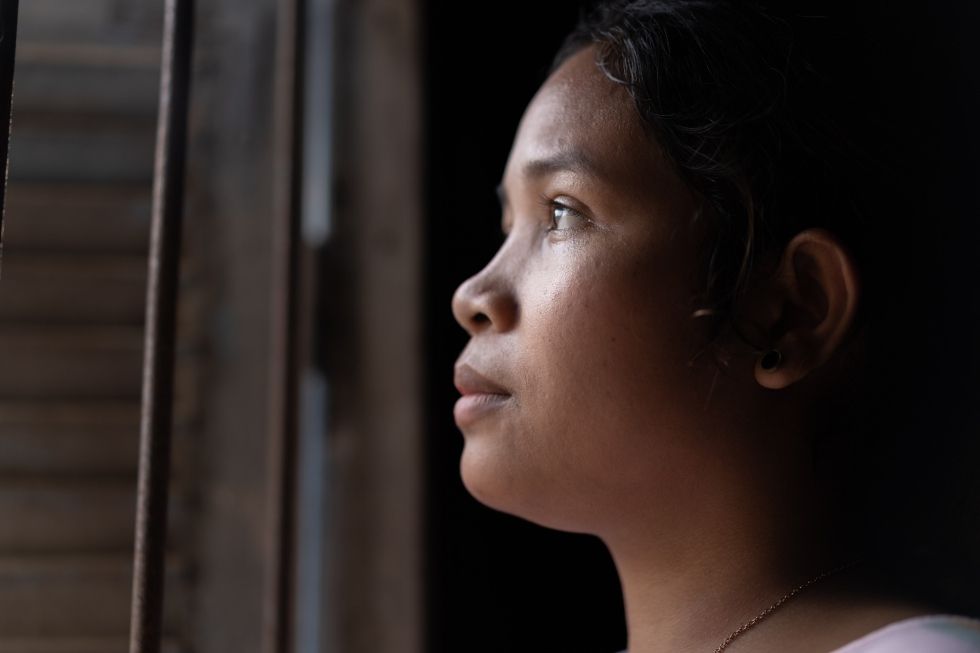 Lina was just 20 years old when she was lured in by a broker, Klok, with the promise of a high salary and ‘all expenses covered’ trip to China to begin an illustrious new job. However, this was all just a disguise for the fact that she had been brokered to marry a Chinese man.

In excitement and not knowing her fate, Lina fled Cambodia without even telling her family. After having to meet multiple suspicious characters at various border points to slowly make her way to China, Lina started to get a strong feeling that something was not right.

Surely enough, when Lina arrived in China and found out she was being forced to marry a local man, she was shocked and asked to immediately return to Cambodia. However, he threatened that she would have to pay back all of the costs associated with bringing her there. There was no way that Lina could procure that kind of money. Therefore, Lina reluctantly stayed and married him.

Shortly after, Lina was forced to work as a construction worker under abusive conditions. Furthermore, not only did her husband often beat her, the other six family members living in the household would also beat her when they wanted something done for them and Lina didn’t finish the task to their expectations.

Lina was completely trapped. On top of that, she then got pregnant and the abuse still didn’t stop.

Desperate to escape and explaining her condition to the broker, Klok agreed to move her to live with someone who was supposedly a ‘good man’. However, he was even more aggressive and abusive.

What more could Lina have to endure?

Well, there was more. In a state of complete helplessness, Lina fled to the local police station, only to be put in jail for 3 months with very little food and in a cell with very poor sanitation.

Fortunately, Lina was rescued and brought home by Cambodia’s Ministry of Social Affairs, Veterans and Youth (MoSVY). After two very long weeks of quarantine, she was finally brought into Hagar’s care.

“They got my body, my soul and my hope. But I am really happy when I first arrived Cambodia and I am so grateful to have warm welcome by Hagar’s team and staying at the Home of Love [Hagar’s Shelter]. I feeling free and loved by the foster mother and Hagar staff. They love me, care for me, smile at me and encourage me to stay strong, which gives me hope and gain back my strength to continue my life.” – Lina

Lina found a home to heal.

Once Lina walked through Hagar’s doors, she was supported with a dedicated case worker, given food, clothing, medical care, legal advice and trauma-informed counselling. When she started to feel stronger emotionally and physically, Lina also entered Hagar’s economic empowerment program, learning hairdressing. She was eventually able to stand on her own two feet, working as a hairdresser and was also able to financially support her family.

Lina not only discovered healing but was also empowered to support her family and community.

“Hagar helps me to experience love and has encouraged me to fight for the future. I want to learn and open a salon business at my community so that I can earn income to support my family. I wish I can do something that can protect other young women from being trafficked like me,” – Lina.