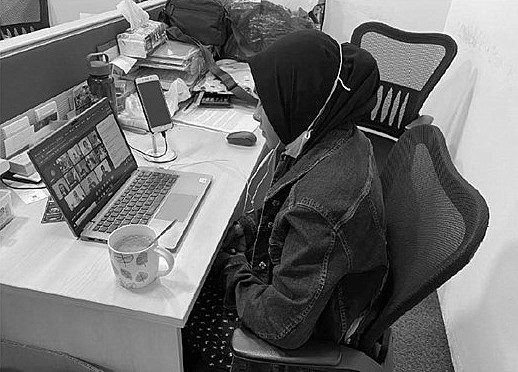 Myra started working when she was only 4 dancing in special functions, whenever her village had big celebrations, for a few Bangladeshi Takas. When her mother remarried, life turned for the worse. Her stepfather was lazy and spent his time drinking instead of working. Even though Myra’s mother caught her husband sexually violating Myra on many occasions, she did not intervene, leaving the young child deeply scarred by abuse and abandonment.

Despite a sorry childhood, Myra loved her mother and sisters dearly. When she was offered a performing artiste job in Singapore that promised to pay her USD600 a month, she accepted the job immediately even though she was afraid as she’s never travelled outside her village.

“I can use the money to buy food and give my family a good life. I can also send my younger sisters to school. Maybe if I can earn more money, my mother can leave the bad man (her stepfather).”

Upon arrival at the Singapore airport, she was picked up by an old dirty truck and taken to a house filled with many women, talking on the phone. Later on, she realised these women were calling customers, coaxing them to patronise the club later. On that very night, Myra’s mobile phone, passport and work permit were confiscated. The club owner forced her to change into seductive clothing and arranged for her to go out with customers. Myra felt cheated and aggrieved as she did not sign up to be a club hostess. Unable to communicate in English, Myra did not know whom she could seek help from or where she could go. Locked up in the house, she was starved and threatened when she refused to do the boss’ bidding. However, she gave in eventually when the boss threatened to kill her mother and sisters if she continued her rebellion. When Myra saw how other girls were beaten up for not listening to the boss, she yielded to their demands.

As days went by, Myra soon realised that all the women trapped in the house were victims of trafficking like herself. Life was a torture but Myra was determined to stay alive, hanging on to the hope that she would one day see her family again.

Through a police raid one day, Myra and all the young women were rescued and referred to Hagar for help. Like a bruised reed, Myra was crushed and broken. However, through the persistent love and care from Hagar counsellors, social workers, doctors and teachers, Myra gradually received healing and regained her zest for life.

While assisting the Singapore court as a witness against her perpetrators, Myra used her free time to study and work at the same time. Formerly illiterate, 6 years later, Myra can now communicate confidently in English and use the computer. She has also honed vital skills from the temporary jobs that Hagar placed her in under the Temporary Job Scheme for special pass holders in Singapore. Achieving English and digital literacy, Myra started her new job as an office administrator in a multinational company!

“All my life, my dream job is to work in an office. I still can’t believe that I’m doing an office job now. I’m not sure if I can do it but I will try my best. Hagar has helped me make my wish come true.”

Every month, she sends a huge portion of her salary home to her family for her younger sisters’ education and family’s needs. Apart from her achievements, the most precious gain from Myra’s transformation is her newfound dignity .

“Last time, I don’t respect myself and think I have no value because of what happened to me. But now I know I am a person of value. Hagar helped me to love and forgive people, to respect people and to help others who are in need.”

Myra dreams of starting a school for poor and vulnerable children in her village one day when she returns home to Bangladesh. Recognising the importance of education, she believes it is the best way to protect young girls from deception and the lures of human trafficking in her country.